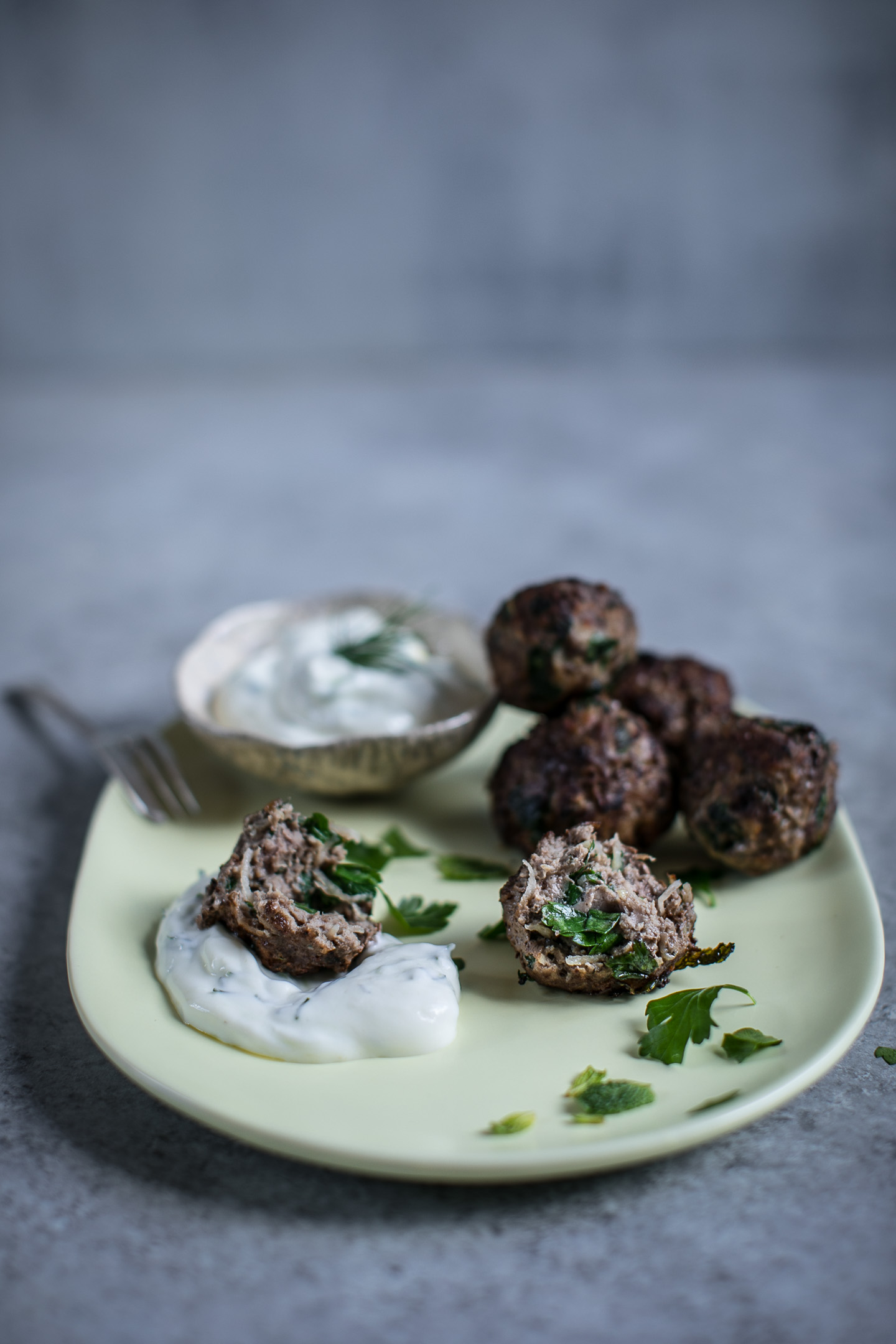 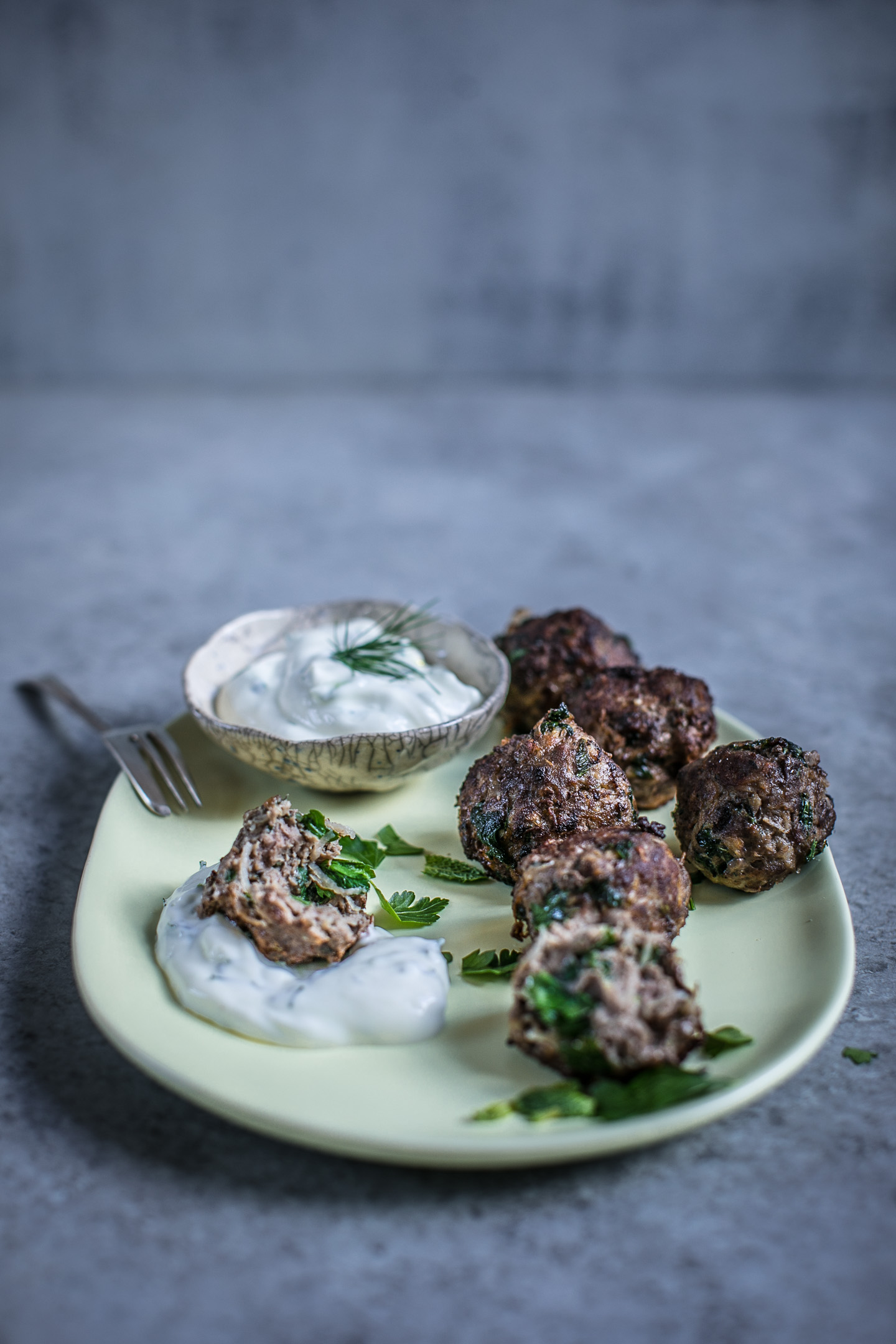 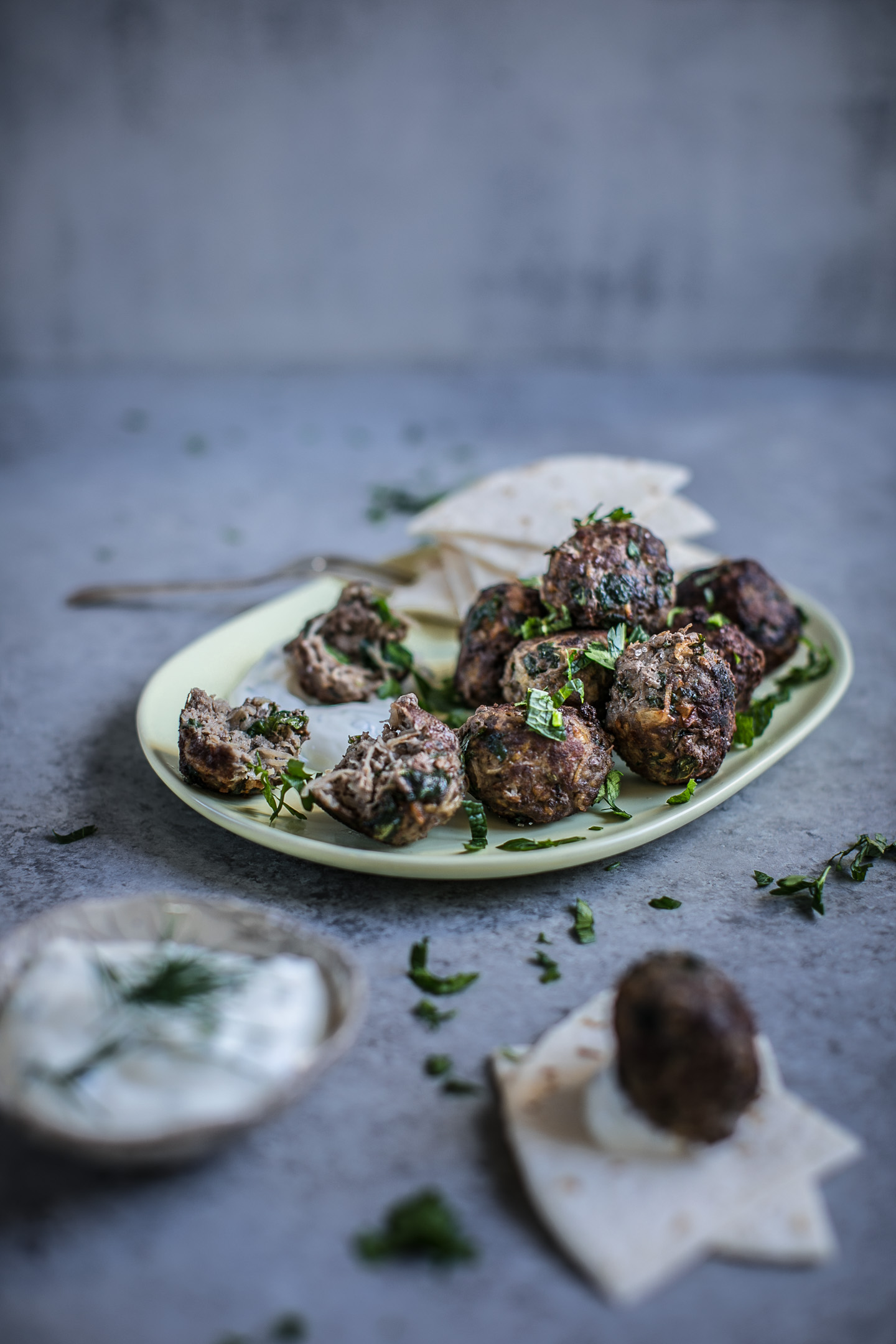 Greek Meatballs (Keftedes) are made from an aromatic beef mince mixture infused with vibrant parsley, mint and dried oregano. Traditionally keftedes are made with breadcrumbs soaked in milk but my gluten free version replaces breadcrumbs with finely grated potato to achieve a crisp exterior with a light and fluffy centre.

To achieve a juicy tender texture my secret is to grate the potato very finely and squeeze out the moisture firmly until you end up with a fluffy ball of grated potato that you add to the mince. This prevents the meat from drying out and keeps the meatballs light and fluffy.

The beef mince mixture will be quite wet so pop it in the fridge for 30 minutes (or overnight) prior to rolling to firm up the mince and intensify the flavour of the keftedes. These gluten free meatballs can be served with a smear of tzatziki and side salad and are great for lunchboxes, sandwiches and gluten free wraps. Easy, versatile, delicious! 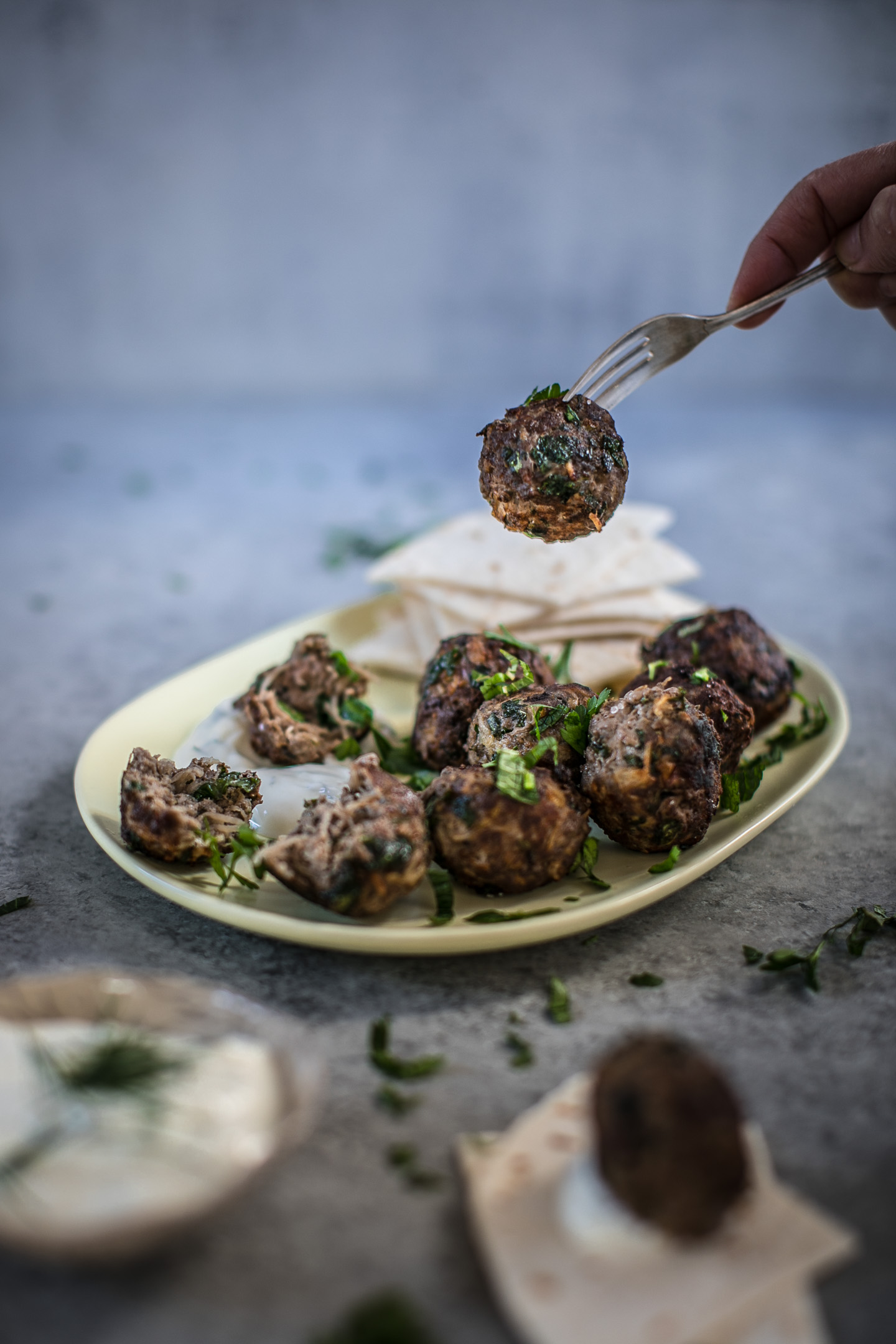 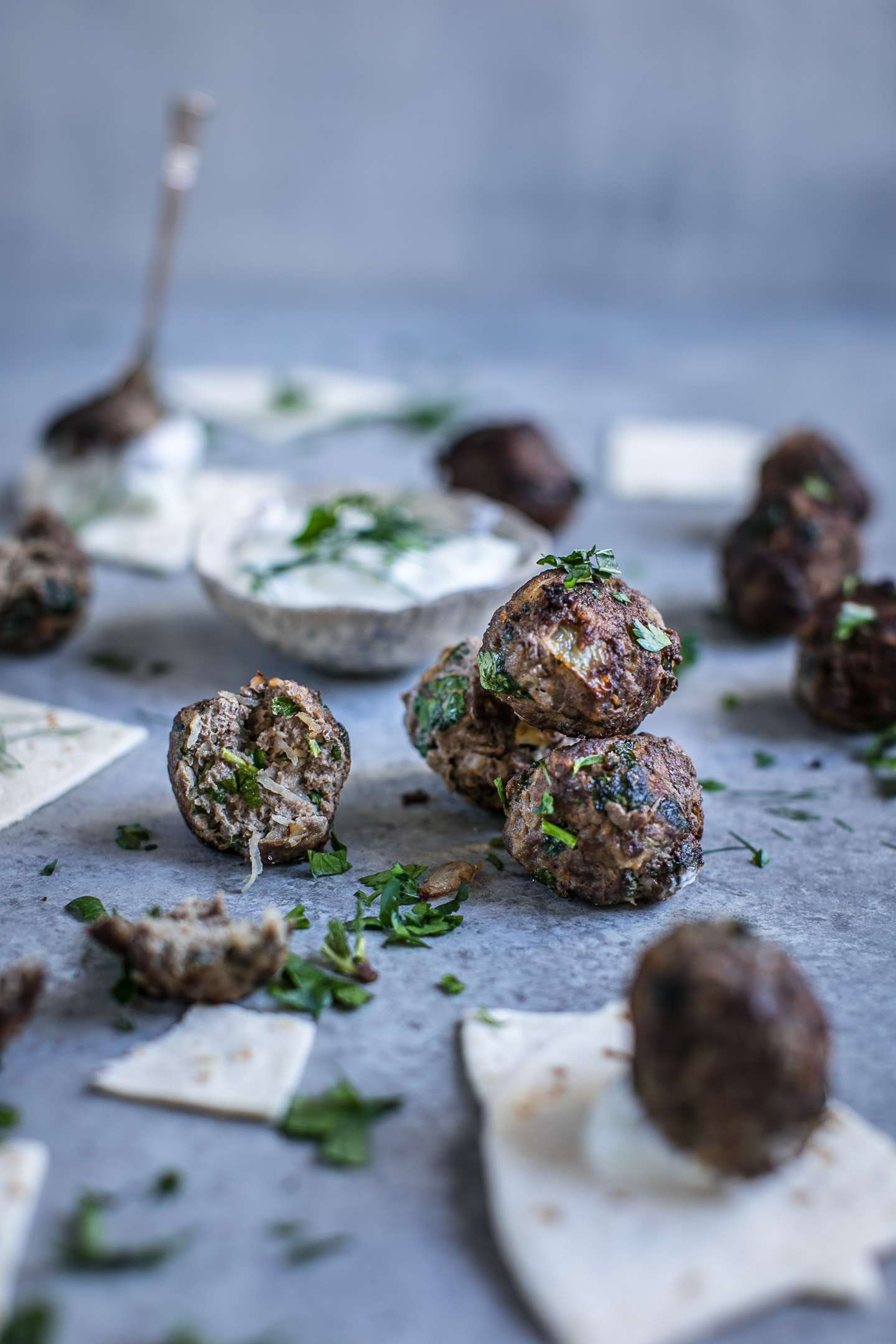 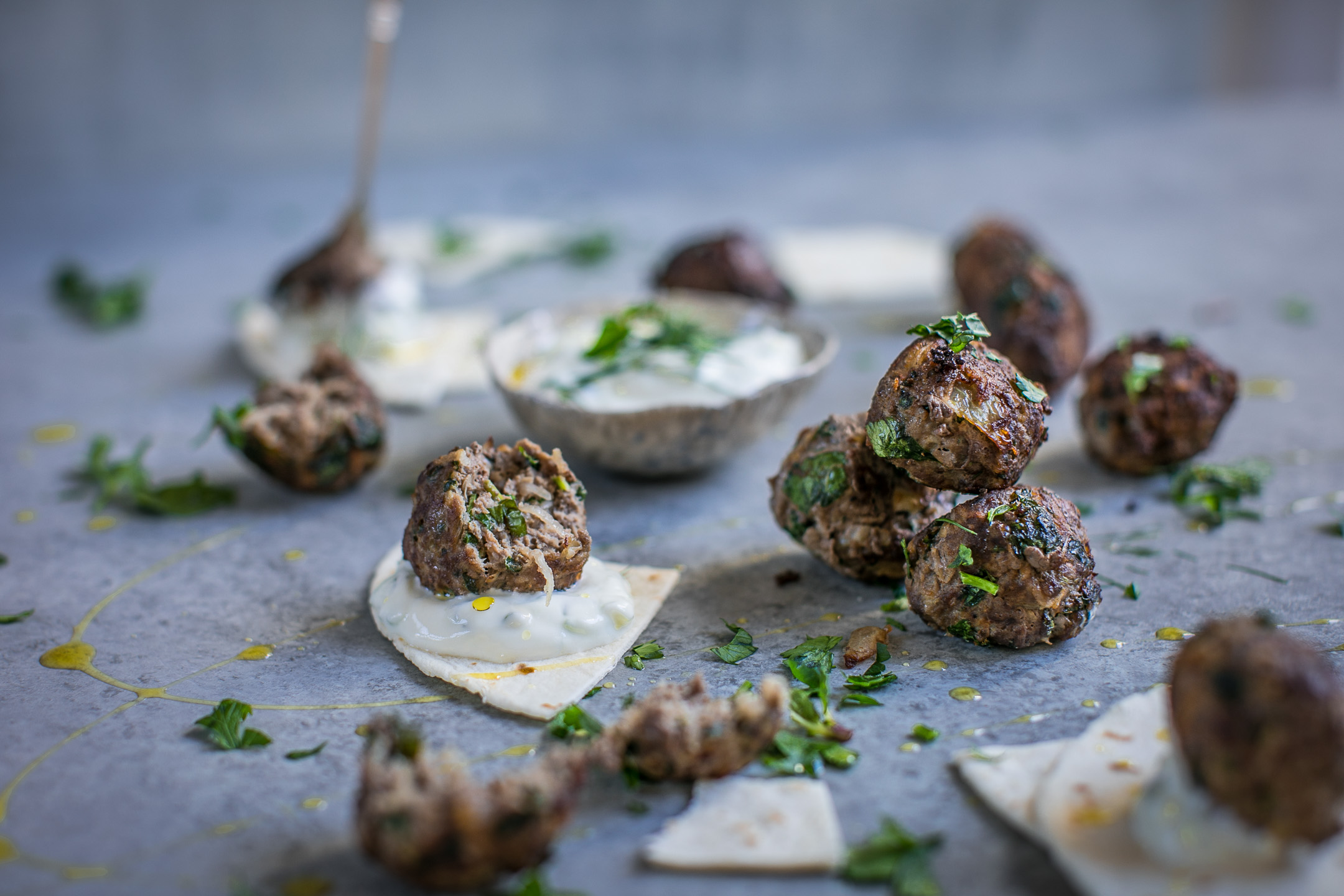 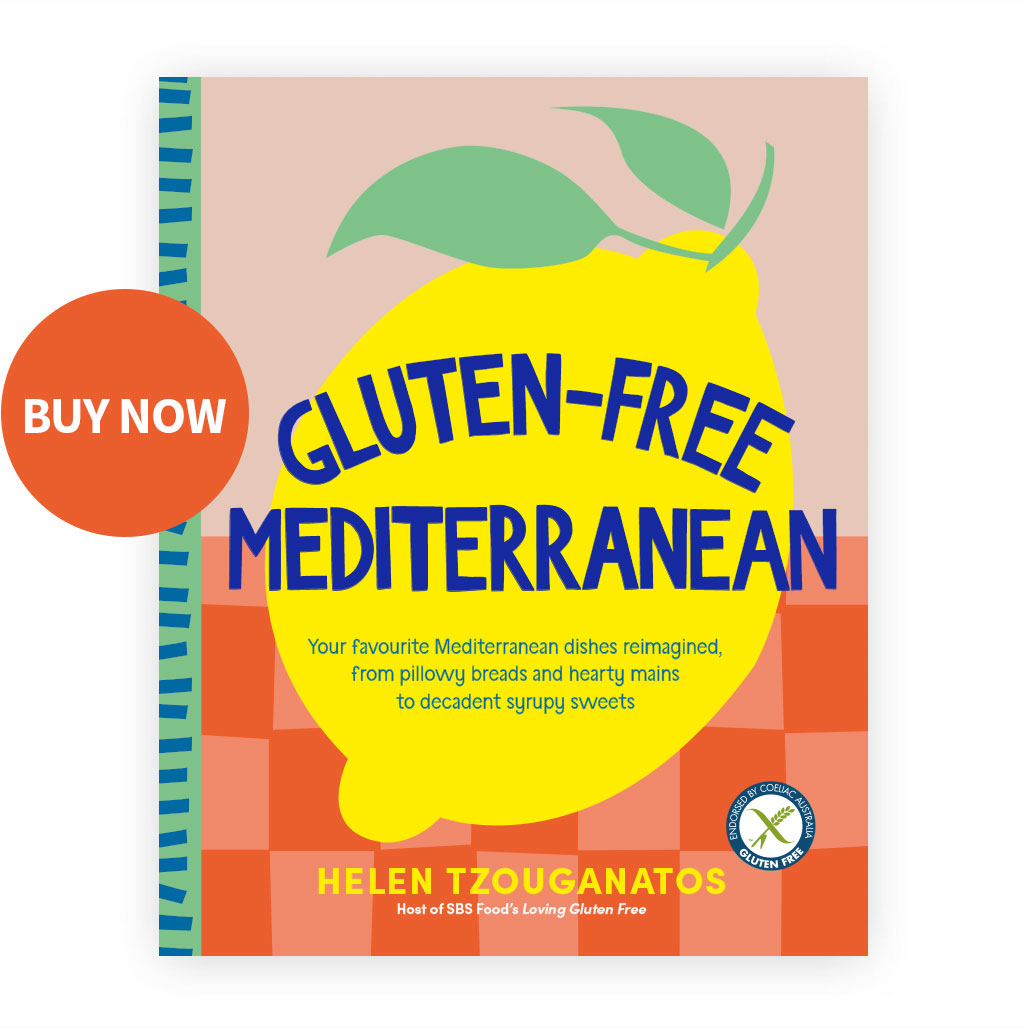